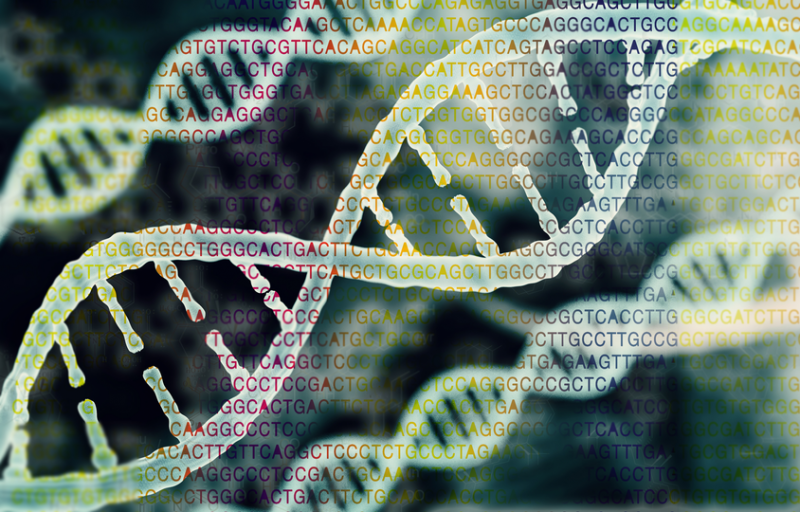 The use of bioinformatics in cancer research helps organize vast amounts of data to allow researchers to identify information, trends, and correlations, ranging from very large populations of people all the way down to a single molecule.

This field is proving particularly useful in identifying targets for drug discovery. Using bioinformatics, we can hunt for mutations in specific genes linked to cancer. We then can identify ways to step in and impact those genes, proteins, and other factors to obstruct cancer development or more effectively treat the disease. Once a potential compound is identified, we can search for trends to see if some people treated with the medication responded better (or worse) than others. Altogether, this work helps us develop medications that can be precisely targeted—both to a particular type of cancer and to a particular person who is most likely to respond to the treatment.

This approach to drug discovery is playing out across a wide range of scientific fields as we seek to find new ways to counter disease and promote public health. Many molecules are being explored that work with the body’s immune system. One example is the study of the bromodomain proteins, specifically bromodomain protein 4 (or BRD4). This protein is associated with a wide variety of cancers, including liver, breast, pancreas, prostate, and more. Scientists first became interested in bromodomain proteins because tumor cells depend on these proteins for survival. Not surprisingly, the genes for BRD4 are overexpressed in human cancers. Finding a way to inhibit these genes, and limit the production of these proteins, is a promising area for cancer research.

Bioinformatics allows us to analyze specific genes and their sequences to determine how genetic mutations might result in disease. This is especially useful in examining how genes are expressed (that is, gene transcription). In gene transcription, many genes are transcribed and translated into proteins. Such proteins are vital for routine function, providing structural support to cells and triggering and influencing key systems within the body. There are some genes, however, that are simply silenced or “carried along” in the process but don’t appear to have any clear role. The tightly regulated transcription of genes is controlled either at a genetic level or through a blending of genetic and environmental factors known as epigenetics. Notably, BRD4 has been identified as both a transcriptional and epigenetic regulator.

Scientists first became interested in BRD4 because it helps run the machinery that controls some of the genes and gene products involved in cancer progression. For example, it’s part of the scaffolding, the cell’s chromatin structure, which packages the entire genome into small repeating genetic subunits known as the nucleosome. Part of the transcription process is the unraveling of chromatin. This process is aided by transcription “helpers” that unpackage the genetic material for processing. BRD4 has been shown to be one of these helpers. Specifically, it works as a histone acetyltransferase (HAT), which helps to speed the transcription process. Having the ability to influence transcription makes this a potentially powerful tool for combating cancer.

Small molecule inhibitors of BRD4 are now being tested in clinical trials. Early results show that compounds which inhibit BRD4 have antitumor activities, such as killing tumor cells and reducing inflammation. Still, there is a lot we don’t know about BRD4. We believe its impact extends beyond its effects on chromatin organization and may be involved in gene transcription. Part of the multistep process of transcription involves gene splicing, which removes nonessential (or non-coding) regions of genetic material from those essential for creating proteins. Alternative splicing leads to different forms of proteins, all originating from the same gene. Alterations in splicing patterns may disrupt downstream targets, ultimately sparking the development of cancerous tumors.

We recently collaborated with Dr. Dinah Singer and other scientists at the National Cancer Institute’s (NCI’s) Center for Cancer Research (CCR) Experimental Immunology Branch to provide bioinformatics expertise to better understand BRD4’s actions in transcription. In our published study, “The Bromodomain Protein 4 Contributes to the Regulation of Alternative Splicing,” we analyzed RNA-sequencing data from thymocyte cells to determine whether deleting BRD4 could lead to alternative splicing events in the thymus. We know alternative splicing is a regulated process that results in a single gene coding for multiple proteins. We wanted to see what would happen when we deleted BRD4.

Our team began by comparing wild type (or unaltered) thymocytes in mice with cells that had the gene for BRD4 removed (a process called “knock-out”) to see if deleting BRD4 would influence splicing. In all, we identified 639 alterations in gene expression when BRD4 was removed, and from there, we were able to make certain assumptions about which areas of the genome were being impacted and how. We further honed our search to three potential genes (CD45, Arhgef1, Picalm). One of those genes (CD45) is associated with two types of white blood cells (i.e., lymphocytes): CD4 and CD8. CD4 is a “helper” cell and leads the immune system’s attack to stop infection, whereas CD8 is a “suppressor” cell and is known to kill cancer cells. Further analysis revealed that BRD4 impacts the way CD8 matures. In short, we found that BRD4 facilitates the production of these vital immune cells.

Our results showed that BRD4 directly impacted how proteins were expressed in thymocytes. However, it was still unclear if BRD4 had a similar influence on other cell types—in particular, cells that lead to tumors, where BRD4 is known to be an important driver. We next looked at the effects of BRD4 on another cell type: T-ALL, or T-cell acute lymphoblastic leukemia, an aggressive type of leukemia. Using a publicly available data set, we detected more than 3,600 alternative splicing events and found that when we depleted BRD4 in T-ALL cells, we were able to alter the pattern of splicing in much the same way as before.

What does this mean? In brief, our study provides further evidence of how BRD4 works. Acting as a HAT, it can unpackage chromatin material and boost the production of key inflammatory cells that aid in the body’s immune response. And while it’s tempting to speculate that BRD4 exerts its effects on the development of tumors and progression of cancer by regulating alternative splicing, more research is needed to confirm this and to develop new ways of targeting this splicing machinery in future therapies.

What is clear from this example is the value of bioinformatics in the hunt for the genes associated with cancer. Data science enabled us to use genetic material from existing data sets and to generate findings that apply to today’s research questions. Our study, and others like this, show how data aid in the pathway of scientific discovery and how bioinformatics can help pinpoint the contributions of a single protein as we work to find new ways for preventing and treating disease.