As a major component within the broader National Cancer Data Ecosystem, the CRDC provides access to data-type specific repositories (genomic, proteomic, comparative oncology, imaging, and others) and data from NCI programs such as The Cancer Genome Atlas (TCGA) and its pediatric counterpart, Therapeutically Applicable Research to Generate Effective Treatments (TARGET), and The Clinical Proteomics Tumor Analysis Consortium (CPTAC), through:

The CRDC is growing to include a wider range of data. The fundamental principles of the CRDC include:

The Data Commons Framework describes the core principles and components on which the CRDC is being built.

Two developing infrastructure pieces will drive the interoperability and accessibility of data within the CRDC: 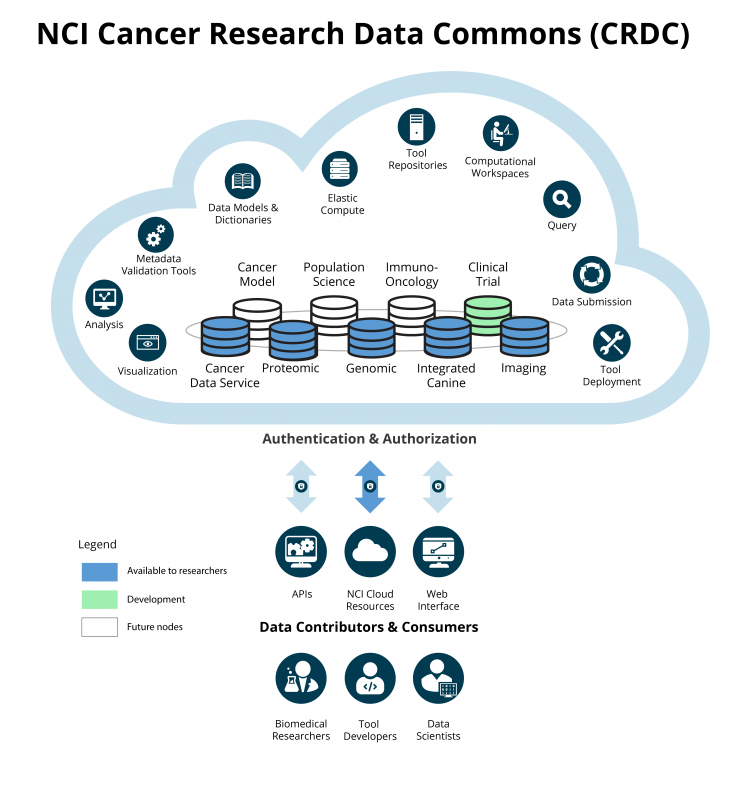