The world of clinical research standards, including the BRIDG Model that bridges research and healthcare, would truly not be what it is today without the significant and selfless contributions of Dr. Edward Helton. Through his wide-ranging experiences, from the Brooke Army Medical Center and FDA to Quintiles and SAS and finally the National Cancer Institute (NCI), he brought a wealth of expertise and a broad perspective to everything he did. CBIIT Director Dr. Tony Kerlavage, Ed's long-time manager at NCI, wrote a lovely message (February 26, 2019) about Ed's passage, and I cannot possibly improve upon that. However, I can write specifically about what Ed contributed to CDISC and HL7 and provide a sampling of numerous standards-related projects he either participated in or led. At the end of this piece, I am encouraging an action we can all take to help ensure that Ed's legacy lives on. 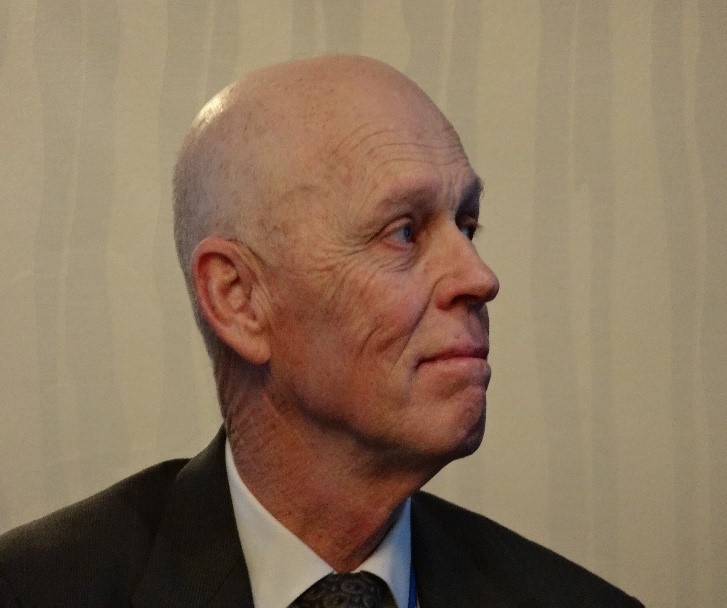 Dr. Helton is already missed. He called me a few weeks ago and we talked for an hour about all sort of topics. He was following up on Amy Nordo's mention at the HL7 meetings in San Antonio about the Bridging Collaborative/Learning Health Community event. These days it is probably considered 'old school', but during the ~25 years that I have known Ed, it was often quite helpful when he would just pick up the phone and call - to discuss how to resolve an issue, to offer his opinion or, like this time, just to check in with me. We shared a love of the New Mexico mountains, and he taught me about cowboy hats! Ed was always thoughtful and encouraging, yet direct and honest; he loved to reference the phrase "How the cow ate the cabbage" - telling it like it is, even if it may be difficult to hear.

Ed's openness and desire to do what is right without concern for personal or monetary gain were the basis for many of the significant achievements in the bridging healthcare and research arena over the past three decades. He brought his heart and soul to his work, serving as a volunteer, a team member, a team leader, a working group chair, a board member, and a board chair - whatever it took to get the job done.

In the standards world, Ed was involved in the early development of the MedDRA terminology when he was at Quintiles (now known as IQVIA); this gave him a unique and educated perspective, which was especially helpful when explaining MedDRA in the context of regulated research. He became involved in Clinical Data Interchange Standards Consortium (CDISC) shortly after it was founded in 1997 and was an influential contributor. In his role at SAS, he initiated the first true pilot of the CDISC Study Data Tabulation Model (SDTM) with actual data. He hosted board meetings at the amazing SAS campus in Cary, North Carolina, and at the SAS headquarters in Rosslyn, Virginia. He brought in Gartner (pro bono for CDISC) to conduct industry surveys that spearheaded the publication of the initial CDISC Business Case (2007) along with two related articles (see below) in Applied Clinical Trials.

Ed continued to make direct contributions to the standards world in his subsequent position with NCI.

He was instrumental in the development of the Biomedical Research Integrated Domain Group (BRIDG) Model, which was launched by CDISC with the primary goal to harmonize all the CDISC standards. Ed helped to ensure this model, which links healthcare and research, was collaboratively developed through CDISC, NCI, FDA and HL7. NCI has been key to its maintenance and progress. The BRIDG Model is now an approved standard of three standards development organizations (SDOs), CDISC, HL7 and ISO, having gone through the robust consensus-based development processes of all three. Ed even accompanied me to the ISO headquarters in Geneva, Switzerland, (following a European CDISC Interchange in Switzerland one year) to discuss with their technical leadership how CDISC would be acknowledged as a true SDO and recognized officially as an ISO-endorsed entity. 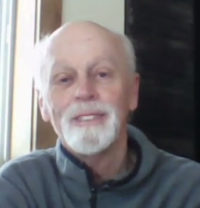 While at NCI, Ed continued to enhance the BRIDG Model, bringing experts together through the BRIDG Steering Committee, which included all of the key stakeholders (NCI, HL7, CDISC, FDA, ISO). Significant contributors to this committee included Dr. Bob Milius, who was a co-chair of the HL7 Clinical Genomics Work Group and was instrumental in navigating the integration of genomics modeling into BRIDG, and Dr. Lauren Becnel of the Baylor College of Medicine. Dr. Becnel led the BRIDG Steering Committee through the publication of an informative article on BRIDG:

Ed helped initiate the Regulated Clinical Research Information Model (RCRIM) Working Group within HL7, which grew out of the HL7 Clinical Trials Special Interest Group that a few of us initiated in the early 2000s. Wisely, he later initiated the BRIDG Working Group within HL7 and led this group through a merger with RCRIM, thus producing the current Biomedical Research and Regulatory (BR&R) Working Group and attracting biopharmaceutical companies and others interested in bridging research and healthcare to re-engage with HL7. 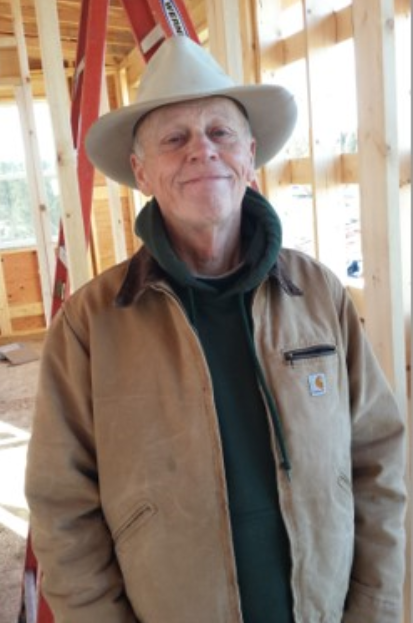 Ed was an incredibly supportive and active CDISC Board chair, concerned with the CDISC vision and the sustainability of the CDISC organization. He was fair, communicative, and collaborative, and he always respected and encouraged me as President and CEO. Ed's candor, unassuming leadership, vast experience, and respectful disposition were critical to the success of CDISC. He was a contemporaneous member of the CDISC Board and participated on Board Executive Committees with Dr. Frank Rockhold and Dr. Pierre-Yves Lastic, who were also collaborative and supportive board chairs. All of them helped set strategy and encouraged and supported the implementation of that strategy by the CDISC staff leadership and thousands of volunteers. They gave credit where it was deserved and provided guidance and support for CDISC in many different ways. As Tony wrote, Ed was "...always humble about his success and quick to give credit to others." I was often one of the beneficiaries of this thoughtfulness and very grateful for Ed's caring and gracious words and his openness, which encouraged further progress while recognizing the significant challenges and how they would need to be managed.

In Ed's honor, I hope that those involved with BRIDG, NCI, CDISC, HL7 and others will engage and/or re-engage to ensure that CDISC and the collaborative BRIDG Model remain relevant, viable, and sustainable. One way our voices can be heard, in Ed's honor, would be to provide comments by April 4, 2019, on the Blue Ribbon Insights document that emanated from the CDISC Blue Ribbon Commission, which was established to shape and guide CDISC's future, especially around the reference made about the BRIDG Model. Per the Commission's report in section 1.A.1: "Commissioners suggested considering BRIDG as this core model, if practicable," as the 'one core model' to achieve end-to-end standards.

The alignment and harmonization of all of the CDISC standards was the primary original purpose of the BRIDG Model. Consider what it would take to replace this model, which has been in development since 2004 and continues to be a standard of three SDOs. The BRIDG Model is also the Common Data Model (CDM) to which other models (Sentinel, OMOP, i2b2 and PCORNet) have been mapped by FDA for a project (funded by the PCOR Trust Fund) through which FDA is partnering with the National Institutes of Health (NIH) with a goal to make it easier to do collaborative research leveraging real world data. This CDM Harmonization project was discussed at the 2019 Bridging Collaborative-Learning Health Community meeting (https://www.bridgingclinical.com and http://www.learninghealth.org). The BRIDG Model has a broader and more robust scope (protocol-driven research) than the other four models and now includes genomics. It is recognized that the BRIDG Model could be bound to controlled terminology/ontology to be more useful (as reported for the TRANSFoRm project). That said, the BRIDG Model was designed to 'bridge' the CDISC standards and harmonize them among each other, to bridge global organizations and to bridge research with healthcare. BRIDG exemplifies 'strength through collaboration'. It is one of the key aspects of Ed's legacy, and we can help it live on. 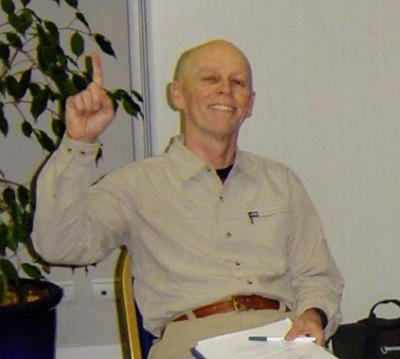 Although this comment is not scientifically related, I am writing this comment to commensurate all the wonderful things my father did in his lifetime, including being an amazing scientist and a amazing father. I just read this article and I feel blessed to have been his daughter. Having worked in GLP pre-clinical trials for 20 years, we had many discussions about my career and he always offered amazing advice. Having that been said, I will always miss you dad and you will be in my heart and thoughts forever dad. I love you. Elise Holland Helton.